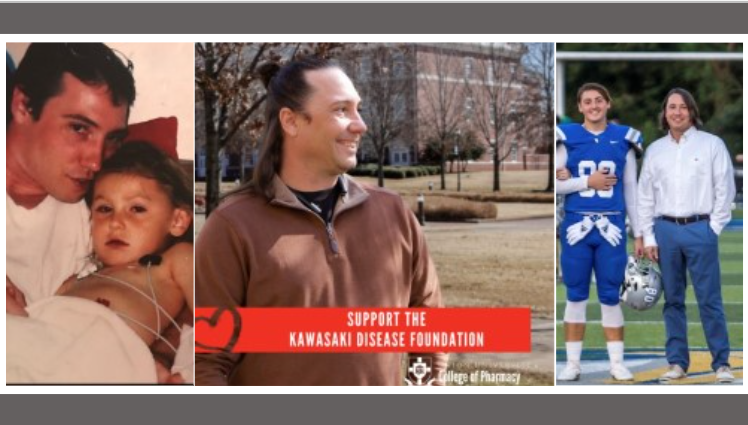 Chance was diagnosed with Kawasaki Disease when he was 3 years old. He developed a fever on May 31, 2006, and was treated for a viral infection at a local urgent care clinic. Over the next 24-hours Chance’s fever rose higher, the lymph glands in his neck became significantly swollen, and a rash covered most of his body. I took Chance to his usual pediatrician on June 2, where he was treated for an inner ear infection.

By June 4, Chance’s eyes became bloodshot, he developed a strawberry tongue, cracked lips, and the palms of his hands and soles of his feet turned red and started to peel. Chance, who was typically very energetic and significantly enjoyed mealtime, became very lethargic and would not eat or sleep. It caused him great pain to even open his eyes. He literally seemed to hurt all over. That morning, I drove Chance to the Le Bonheur Children’s Hospital in Memphis, TN, which was almost two hours away. After examinations from multiple physicians, and several grueling hours that seemed like days, Chance was eventually diagnosed with KD, treated with IVIG, and his condition began to improve.

Chance was discharged from Le Bonheur on June 7, 2006, on a regimen of blood thinners, including high-dose aspirin. A follow-up echocardiogram revealed Chance developed two aneurysms (one small and one medium-sized) on his coronary arteries. Over the next year, Chance continued the aspirin regimen and had many visits to his pediatric cardiologist, and multiple echocardiograms. Thankfully, by late 2007 both of his aneurysms had regressed.

Today, Chance is 19 years old and has led a very active and healthy life, excelling in multiple sports including football, baseball, and soccer. Chance continues to follow up with a pediatric cardiologist every few years for an ECG, echocardiogram, and stress test. Chance will graduate from high school this May and is looking forward to starting college in the fall. And… dad is looking forward to witnessing all the additional ways that God will use Chance for His glory in the future!

Chance’s dad, Dr. Sean King, is giving back by supporting the Kawasaki Disease Foundation through his awareness campaign and fundraiser at Union University College of Pharmacy (UUCOP). A major aspect of his campaign includes a competition within UUCOP. As part of this competition, Dr. King is sacrificing his long locks in honor of the children with KD. If the fundraising efforts of the UUCOP exceed $2,600, a pharmacy student will be allowed to give Dr. King the haircut of their choice.